We would like to pay tribute to some very special individuals who have touched the lives of our team. Their unwavering dedication and passion for animals inspires us to work harder, reach higher and pledge to always do the best we can for our patients.

Chris was a gentle, loyal family man. He was married to our receptionist, Jenny, for 35 years and was a true member of the community, enjoying his role as our local postman.   Chris was at one with nature and loved nothing more than walking along the Pulborough Brooks and South Downs. Matt greatly admired his dedication towards his family and valued his honest and down to earth advice about both personal and professional matters.

Sadly, Chris passed away in 2014 following a short battle with cancer. He will be greatly missed by us all. 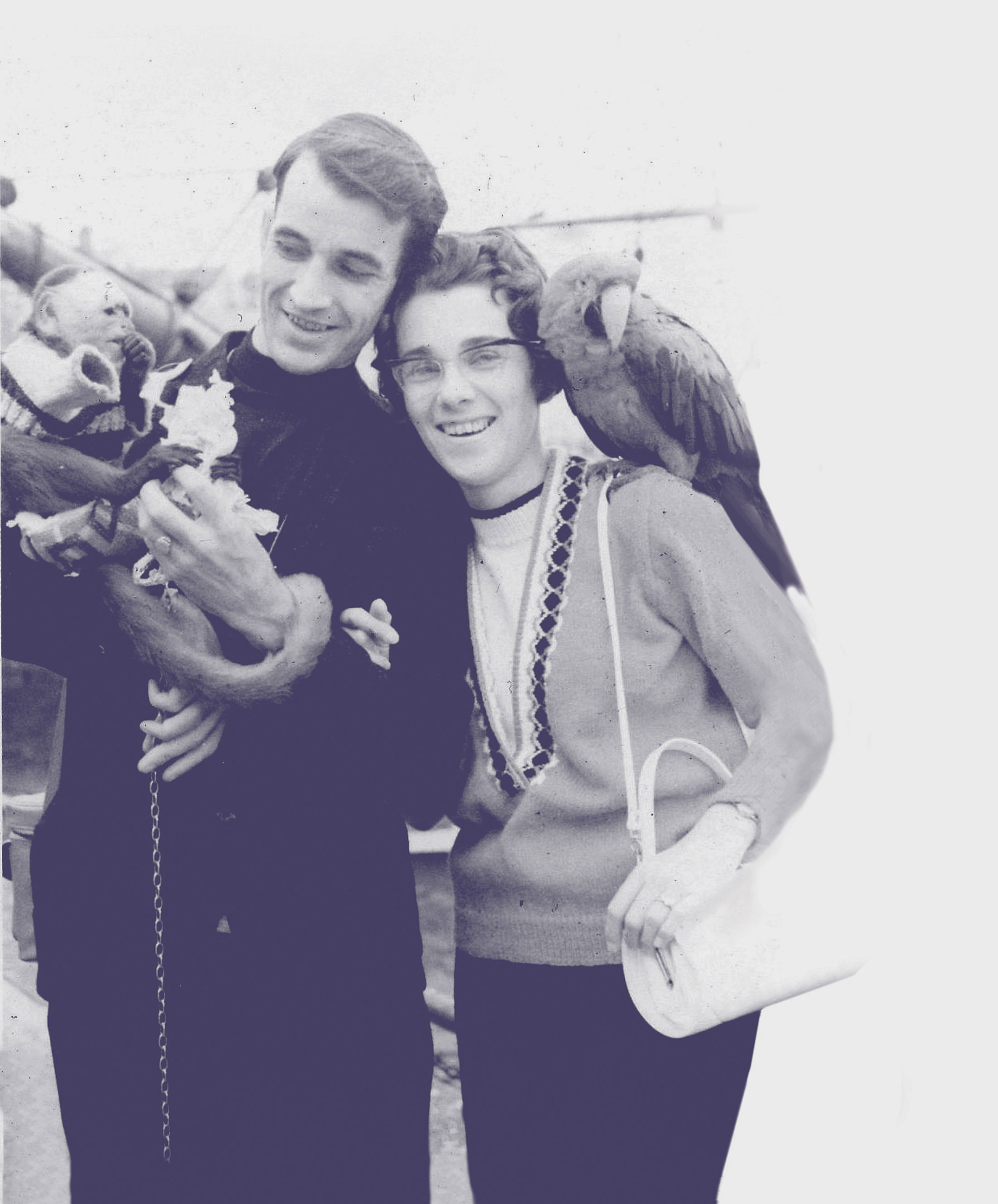 Phyllis and Bob Hook were loyal clients of our Pulborough practice for many years.  Phyllis was passionate about veterinary care to the extent that she very kindly and generously donated a financial gift to the practice after she sadly passed away.

In memory of Phyllis  and Bob, we decided to use her donation to furnish our theatre in Ashington with equipment of the highest standard. We are sure that Phyllis would have wanted her donation to have been used in a way that could help other pets every day and we hope we have fulfilled her wish whilst ensuring her legacy lives on within our practice. 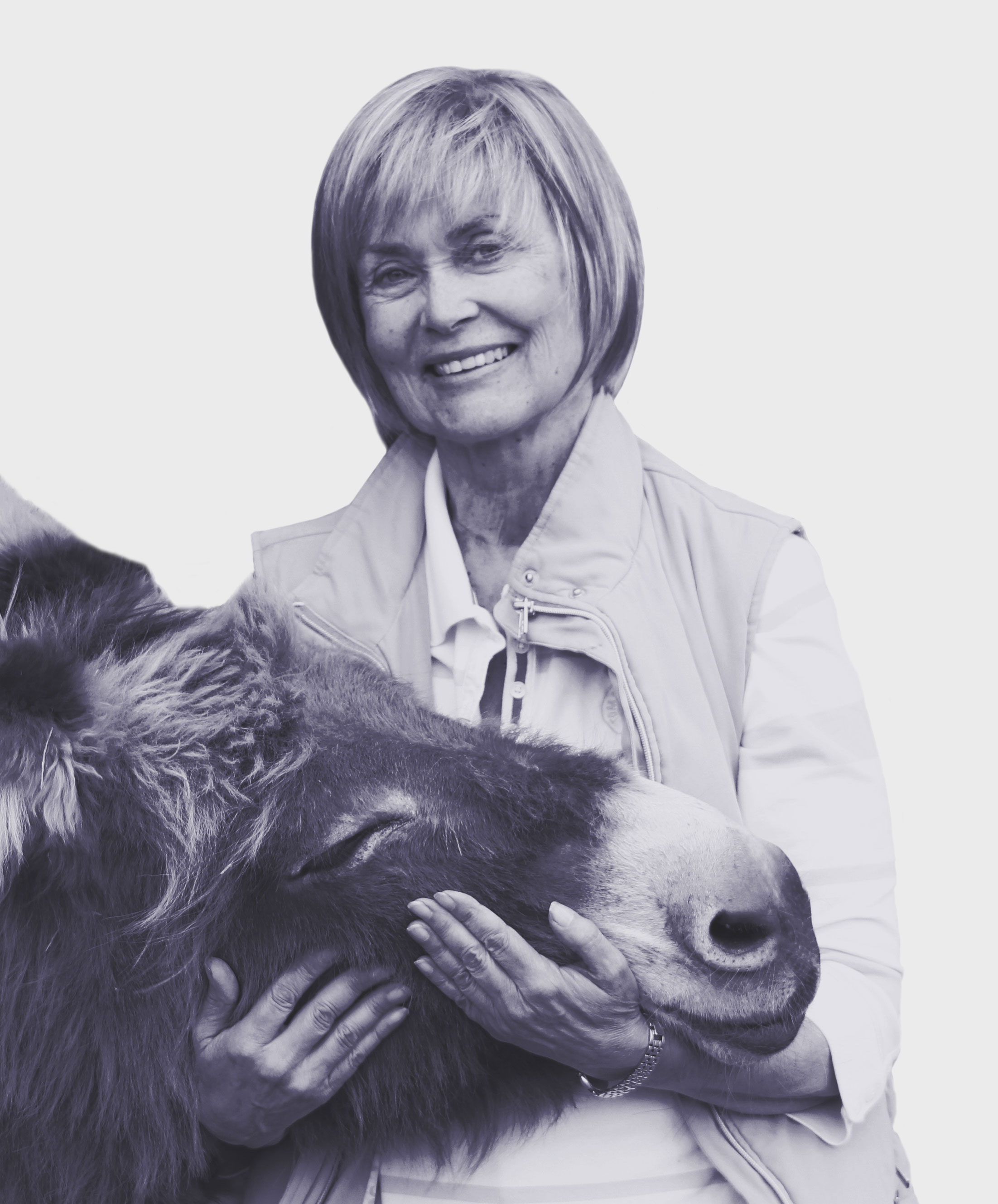 Alexandra was an accomplished actress but her love for animals led her to establish the ‘Alexandra Bastedo Champions Animal Sanctuary’ over thirty years ago. Her first animal rescue was a donkey and since then ABC has became home to unwanted donkeys, ponies, miniature shetlands, sheep, goats, cats, pigs, poultry and wild birds.  She always guaranteed care, protection and a permanent home to any animal that was elderly, needed a dedicated diet or chronic medication.

Alexandra was always passionate about animal welfare, acting as Patron of Compassion in World Farming, Wildlife Aid, The Animal Welfare Trust, Greyhounds in Need and Naturewatch. She was also President of Chichester Cat and Rabbit Rescue, Vice President of the Brent Lodge Bird Hospital and Patron of Paws Animal Rescue (Findon), All Dogs Matter and Cat Rescue (Gibraltar).  Alexandra continued to lead the trustees until her recent death in January 2014.

“We knew from when we first saw Bryn that he was special, remarkably calm for a puppy and well behaved. He was never destructive and we still have his first proper soft toy given to him as a puppy. Bryn loved meeting people, especially children and immediately warmed himself to them. He truly touched the hearts of all who knew him. Sadly Bryn was diagnosed with Lymphoma and died after a short illness.

In all our time having Bryn, he was always well cared for and treated by Matt and his team at Arun Veterinary Group. Their dedication and compassion was clearly evident and we knew we could trust the team in all aspects of his wellbeing. Many people have said he was lucky to have such dedicated owners, but in reality we were the lucky ones to be able to share his life.

THE LATEST NEWS FROM AVG

When it comes to veterinary practices across the UK there are generally two different types of models. The independent and the corporate. All vets have your pet’s best interest at heart, regardless of whether they work within an independently or corporate owned practice. However, the framework in which...

Due to the current lockdown rules and advise from our governing bodies, booster vaccinations are still going ahead for all pets who have not had a booster for 15 months or more. This means that if you pet has not had a booster since December 2019 or earlier then now is your time to come in to the practice....

Well its just as well this young man is devilishly handsome! We’d like to introduce you to Monty. Take a look at the photo’s and we probably don’t need to say much more! Yes, super cute, 8 month old Cockapoo, Monty decided that just before Christmas he’d put his parents through...

and each receive a £10 credit